In order to optimize your user experience, our website uses cookies. By continuing to surf, you agree to this. 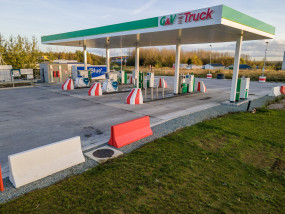 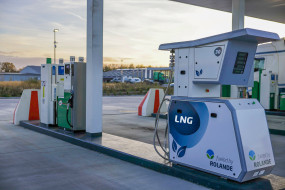 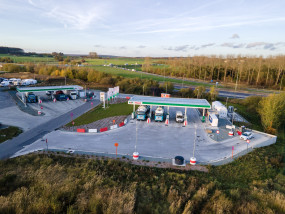 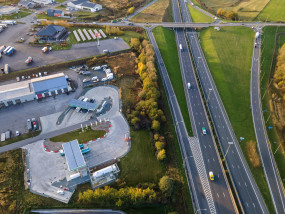 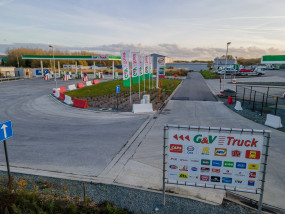 Rolande, market leader in LNG in the Netherlands, and the Belgian G&V Energy Group are opening a new LNG filling station in Habay in the Ardennes today. Following the opening of the LNG station in Antwerp last August, this is the second step towards a comprehensive LNG network in Belgium within the foreseeable future.

“LNG makes transport more sustainable and profitable,” says Jolon van der Schuit, CEO of Rolande. “By expanding in Belgium, we are making LNG accessible to an even larger group of transport companies, and this location makes an important contribution to long-distance transport using LNG. A third Belgian site will follow in 2021 to further expand the network.”

The new station is situated at the Route Des Coeuvins 3 in Habay La Vieille and is a public 24/7 self-service station with two LNG pumps. Its capacity of 150 vehicles per day guarantees fast refuelling without long waiting times. The station was already opened for filling up with diesel at the end of last year. From today, LNG (liquefied natural gas) is also available.

“With the opening of the LNG station in Habay, we are responding immediately to the demand from local companies and strategic partners that already have some 20 LNG trucks in operation. The interest in this station, both from the region and internationally, is very strong, given Habay’s strategic location on the traffic axis connecting Germany with France and channelling traffic from the Netherlands and Wallonia to the south. We are therefore rightly proud to be able to open the first LNG station in the province of Luxembourg to respond to this demand,” said Xavier Dewulf, CEO of G&V Energy Group.

Like the previously opened station in Antwerp, the new station in the south of Belgium is part of the BIOLNG4EU project, which is 50% financed by the Connecting Europe Facility programme of the European Union and which stimulates the further roll-out of (Bio-)LNG in road transport. Van der Schuit: “With this station, we are taking important steps towards a comprehensive European LNG network that is needed to put (Bio-)LNG as a fuel even more firmly on the map.

Since 2011, LNG has been available as fuel for trucks. The next step in making transport more sustainable is Bio-LNG, a fully biological fuel made from certified waste streams, such as organic household waste, manure, sludge or agricultural waste. With LNG, CO2 emissions can already be reduced by up to 17% compared to diesel. With Bio-LNG, heavy road transport saves up to 99.8% in CO2 emissions compared to diesel.